Day two in Barcelona was way better. We had an early start and made our way to the beach. Barceloneta was calling our names, as the sun shined bright and was beaming in our faces. We were in SPAIN and it finally felt like it. We took a bus to the boardwalk and settled at a cozy restaurant where we shared an array of Tapas and Paella. AHHH! Spain food was to die for. So rich with flavor. I loved how much seafood they used in their dishes. We then walked to the beach and relaxed there for hours. 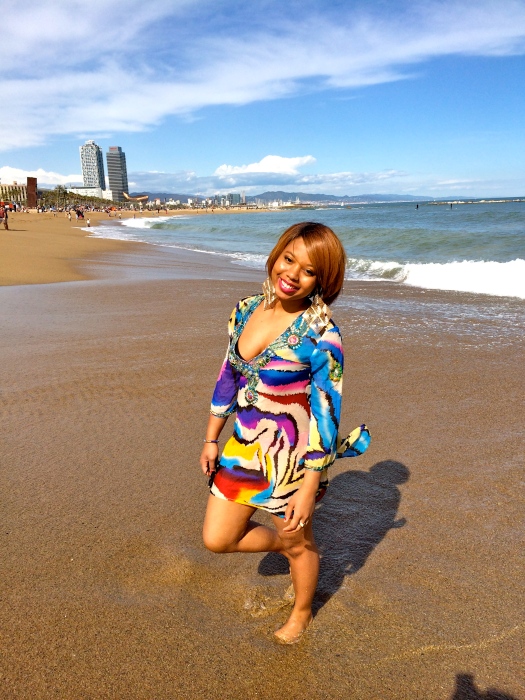 We decided to head back to the hotel so we could get ready for the night. Our first stop was Chupitos where they light your drinks on fire. Burn Baby Burn. We then ate dinner at the most amazing restaurant ever…La Flauta (I still look at the pictures of the food and salivate over the mussels and prongs). Dinner was followed by a night on the town where we danced the night away at The Sutton Club. 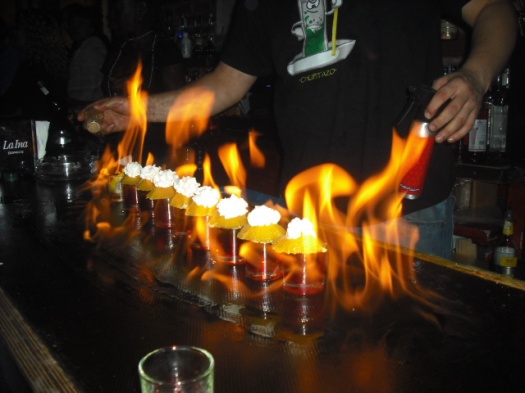 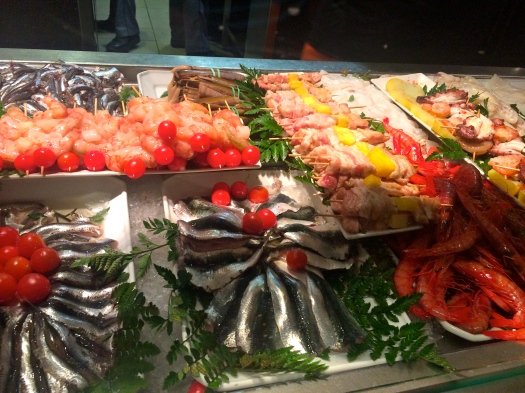 The next day, we had a jam-packed schedule. After a little R&R by the pool, Parc De Guell was our first stop. At the peak of this attraction, we saw all of Barcelona and it was literally breathtaking. We also saw the amazing artwork of Gaudi. I love all of the bright colors and abstract architecture in Barcelona. It’s such a metropolis, however, it still has some out of the ordinary structures that are exquisite. I spent the rest of my day as a tourist walking around, shopping and just enjoying all it had to offer. I also had an amazing dinner with LaSaundra where we reflected on the trip and everything we learned. 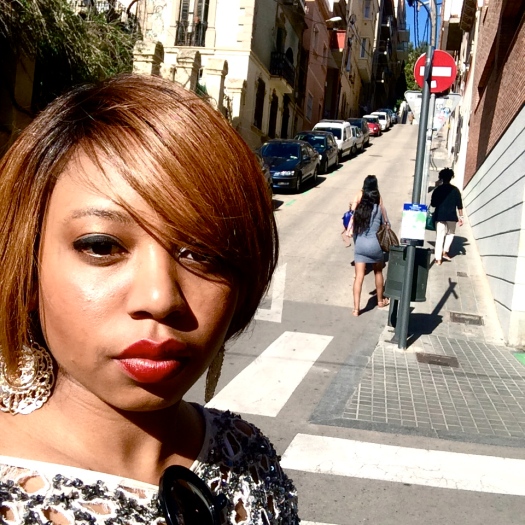 That night it was time to experience the world-famous Opium Nightclub. This club is one of the best clubs in Barcelona, standing out from all of the other clubs I’ve ever been to because the party continues onto the beach. It’s fabulous. We stayed there for a few hours and then found a tapas bar, where we ate some more…the food in Spain is addictive. 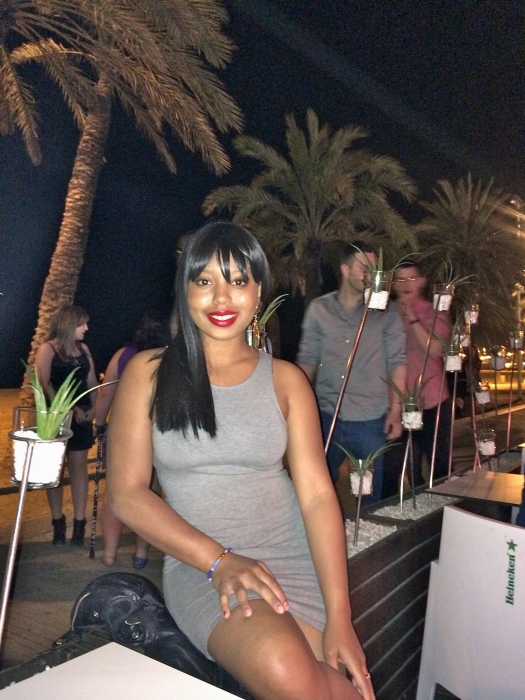 Ky’s Verdict: Barcelona was fun, but probably the one city I enjoyed the least. I think after traveling for so long, you become numb. For me, Spain wasn’t what I expected. I realized I loved the cities that made me feel like I was in Europe, rustic, archaic, historical and Barcelona was just like being in Brighton Beach, Brooklyn with loads of Spanish speaking citizens. Nevertheless, it’s a beautiful city. Some people suggested that I may have liked Madrid better…who knows?