We headed out to explore Dubai on foot. We soon learned Dubai is a city where everyone drives. Getting anywhere on foot is the worst mistake you can make. Our target for our first journey in Dubai was to find the Burj Khalifa, the tallest building in the world. One of the many disparities of Dubai is that in the midst of its divine architecture, there’s a lot of development going on. We walked along an unpaved path filled with cranes and construction in search of the Burj. Finally, we found what seemed like civilization along the Sheikh Zayed Road but lost sight of the Burj Khalifa.

Where was this building?

We continued walking until we heard music. “How Low Can You Go” by Ludacris was blasting from an unknown location and we followed the sweet sounds of hip hop until we were at brunch in the Al Murroj Hotel. The party was filled with drunk people, smoking shisha, and having a blast (an unusual sight to see in the broad daylight, especially in a country that emphasizes its zero tolerance for alcohol in public), so we did what anyone would do and crashed the party. 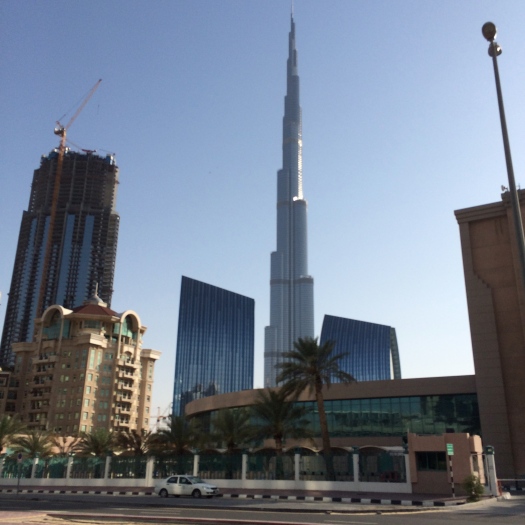 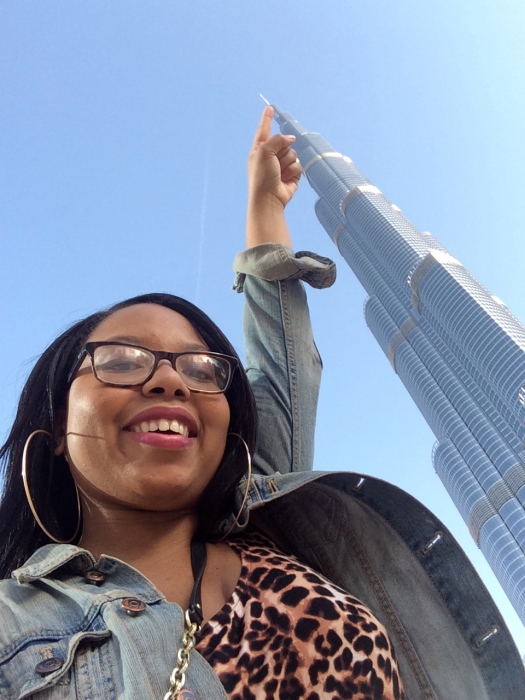 Across the street from the brunch was the Dubai Mall. We headed towards the mall and noticed that the Burj Khalifa was right in front of us. How to get inside was still a mystery. The landscape of this city was bewildering; nothing made sense. When we thought we found the entrance to the Burj Khalifa, we were stopped by security telling us we were trespassing on private property. We decided to go to the Dubai Mall and see what we could find there. Once again, the entrance for the Dubai Mall was hard to find. We had to walk along a beautiful lake for about ten minutes before discovering a sea of people, many with selfie sticks, relaxing in front of the mall. Once inside we headed straight to the currency exchange and ATMs. We then grabbed a bite to eat and discovered that the entrance to the Burj Khalifa was actually inside the mall. Go Figure. After all that walking we were exhausted. 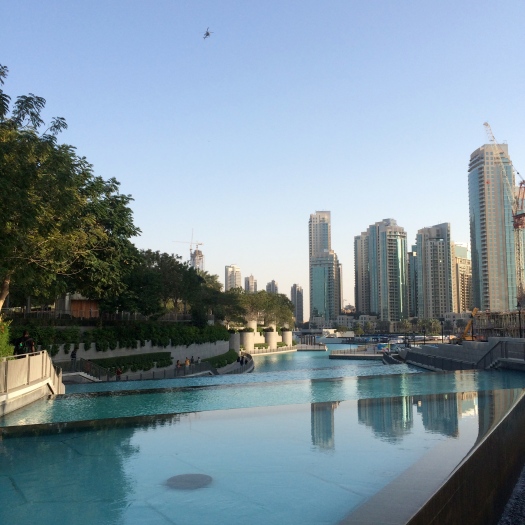 2 Replies to “Where Art Thou Burj Khalifa?”