When I first arrived in Chicago, I became enamored by all Chicago had to offer. O’hare airport is really nice. The passageway leading to the train station is adorned with neon lights that change colors as you walk. This was a trip meant for exploration. I didn’t want to take a cab into the city, I wanted to be like a local and take the train. It was 20-stops on the Blue line. 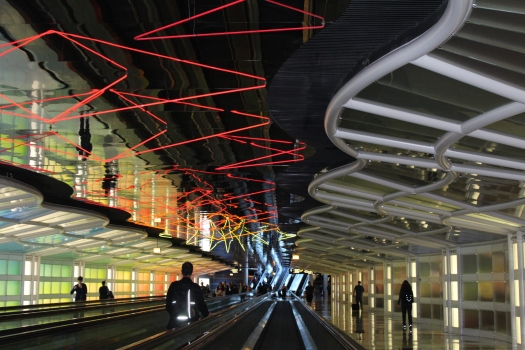 I got off the train at Jackson Street and took a bus to my Airbnb apartment. I would be staying with a man named Jack. He lived in a condo on the South Side of Chicago along Michigan Avenue. When it was time to get off the bus Jack was waiting at the bus stop to greet me. It was wonderful. Jack’s apartment is beautiful. It has white decor, with pictures of Chicago hanging along the hallway walls. The apartment is treated just like a hotel. He had slippers waiting for me and a welcoming name sign on the room door. The continental breakfast was a plus as well. He mentioned he kept a camera in the kitchen which made total sense, I always wondered about the safety of Airbnb hosts. The view from Jack’s apartment is also amazing.

One of the first things I wanted to do was to visit the Navy Pier. It was about 20-minutes away from the apartment. I got on a bus then took a cab. To be honest, I was quite underwhelmed by it. It was still under a lot of construction, but the views from the pier were magnificent. Lake Michigan is such a beauty. 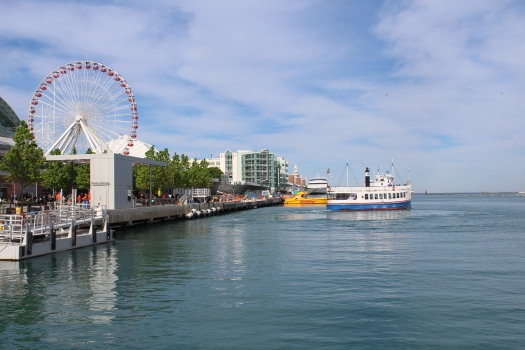 From the Navy Pier, I went on to the Sky Deck Chicago in the Willis Tower. The Skydeck is about $19 and it’s an experience. There are two noteworthy rooms that you must go threw before you take the elevator to the 103rd floor. The first room is a sort of pop culture room, exhibiting everything that Chicago is known for including the Chicago Bulls, President Obama, and Oprah. There’s also a room where you can watch a video on the history of the Willis Tower and how it came to be. Finally, you are led along a hallway to elevators that take you to the 103rd floor. Once on the observation deck, you see the city like never before. There’s thousands of tourists there, all waiting to get a chance to stand on the sky deck. 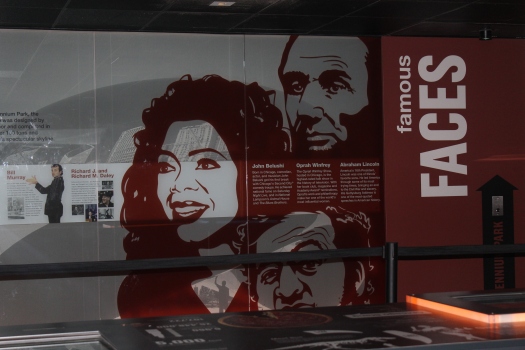