“I’ll never see a diamond in the flesh…” -Lourde

One of my goals while in London was to meet up with Louise. Louise is my colleague at work, whom I’ve had the pleasure of knowing and communicating with for over 2-years but we never actually met. When the opportunity presented itself, I jumped on it. We met up at the St. Pauls Tube stop, in which she led us around the corner to an amazing restaurant called The Happenstance. This restaurant was to die for. It’s distinguished by its hybrid of settings, which ranged from girly and sophisticated to rustic and modern with a southern charm. The walls are wooden and chalkboard, while the furniture ranged from standard metal bar stools to rocking chairs. The ambiance was incredible and set the tone for the perfect lunch date. I finally got the chance to order a London delicacy, fish and chips or as the restaurant called it Hand Beer-Battered Haddock with Chips (hehe). 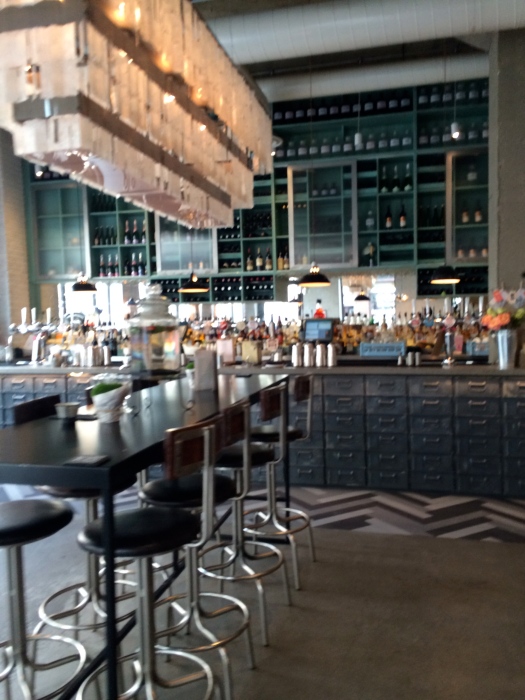 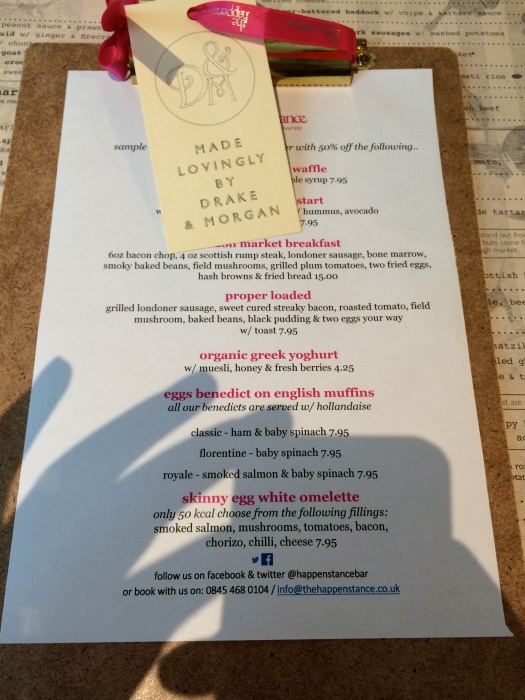 Louise and I talked about everything under the sun. I explained to her my reasons for my travels in which I confessed my confusion for the next steps of my life. Turning 25 is so pivotal and I wanted to make sure I lived my 20’s to the fullest with very little mistakes or regrets. 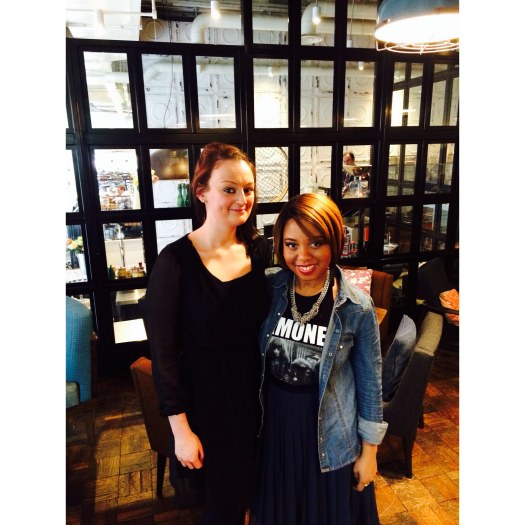 After lunch Louise and I walked to St. Paul’s Cathedral where Princess Diana got married. We thought it would also be a great opportunity to take cliché London telephone booth pictures. I had a blast with her but she had to go back to work and I had to meet up with my friends. My friends and I had no way of contacting each other because our phones didn’t work, which meant I had to be back at the designated spot on time. 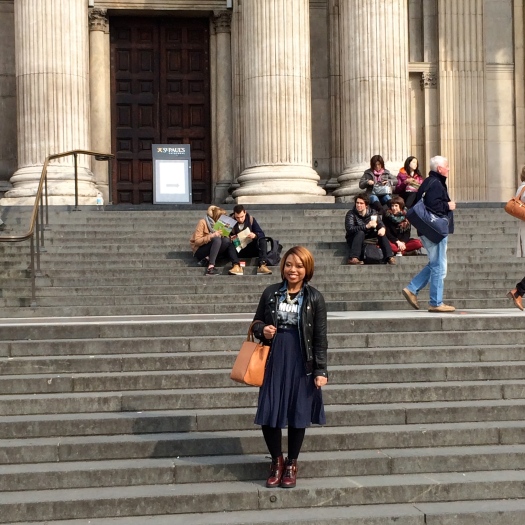 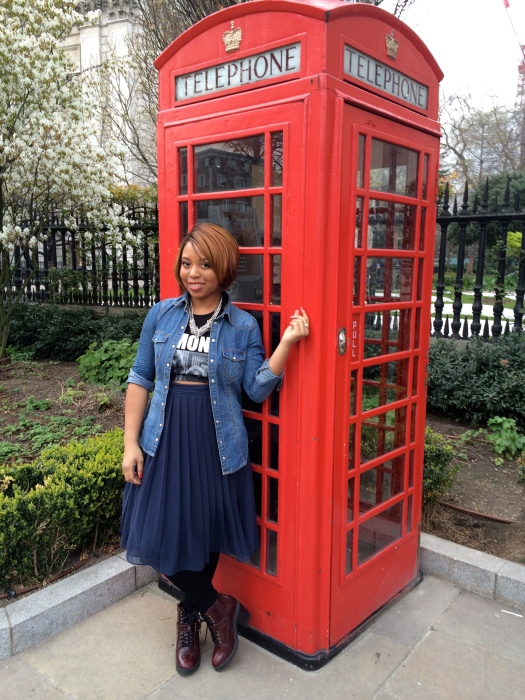 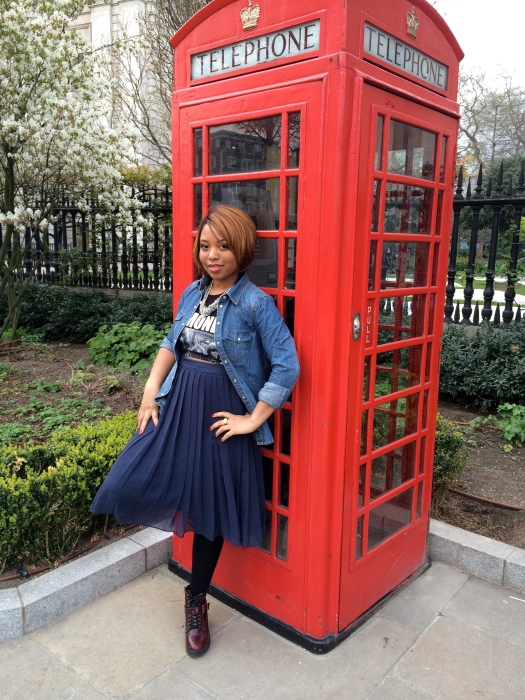 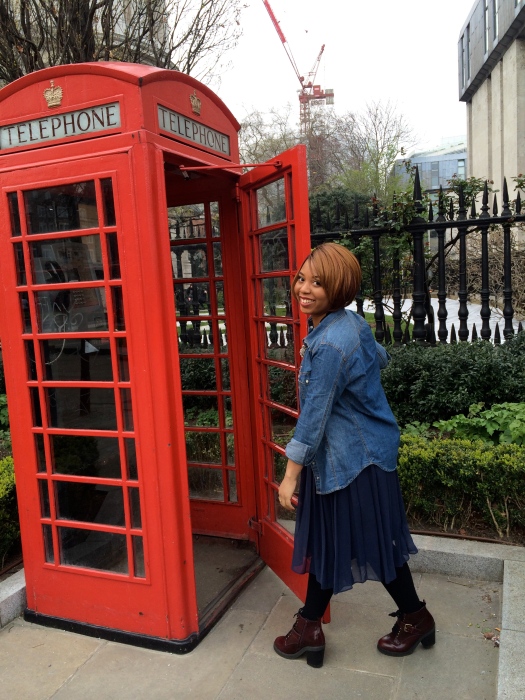 Once I met up with the girls, we took a double-decker bus to Buckingham Palace. Aside from the soldiers doing their weird march, I loved that the palace gates and fountains were adorned with gold. On my next trip, I may have to go inside to actually get the feel of being in the midst of royalty. 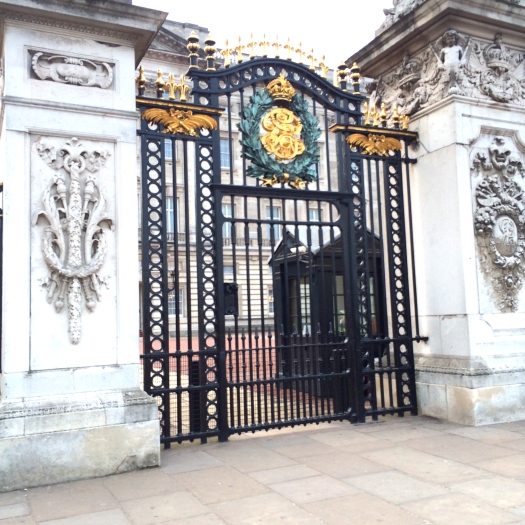 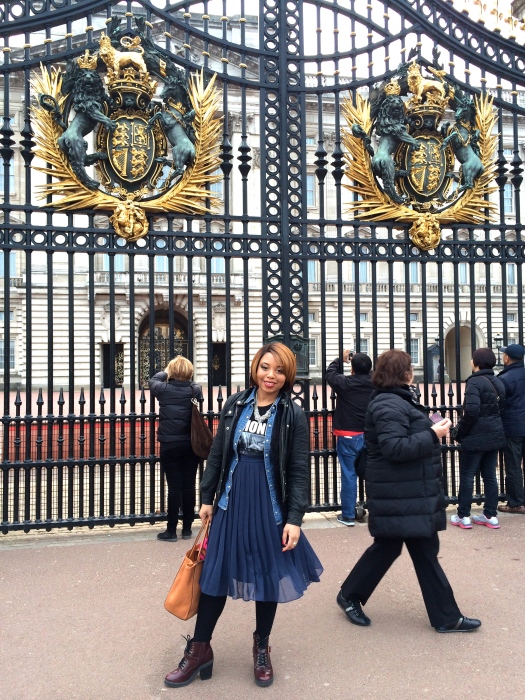 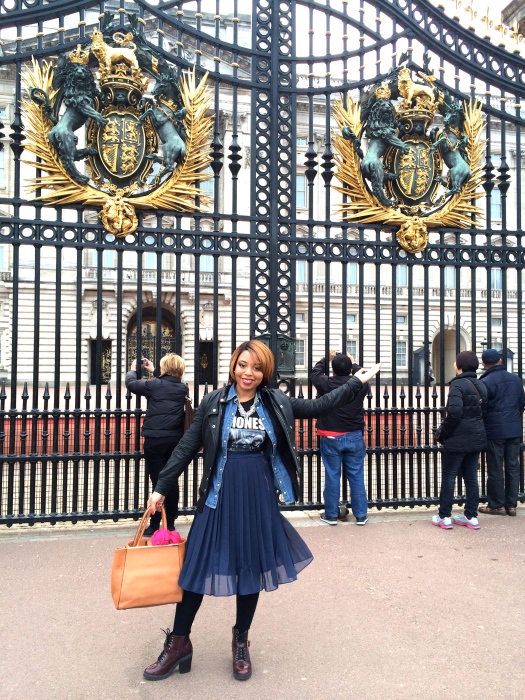 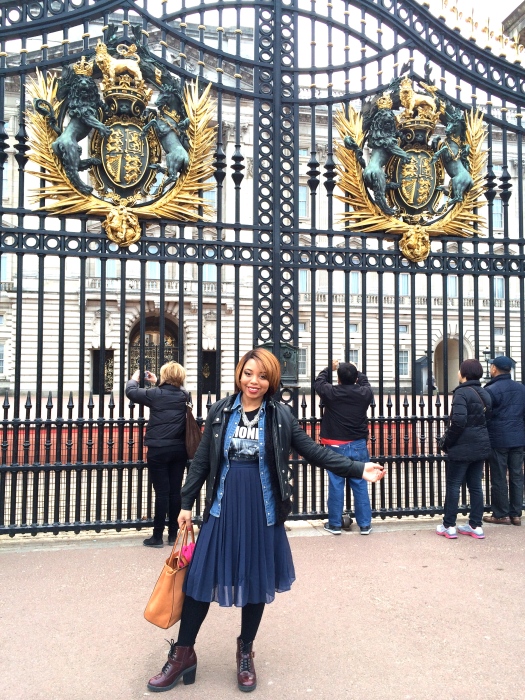 We strolled from Buckingham to St. James Park where we played on the swings and watched the most interesting looking birds, ducks and geese wander past us. They were so cute and carefree. 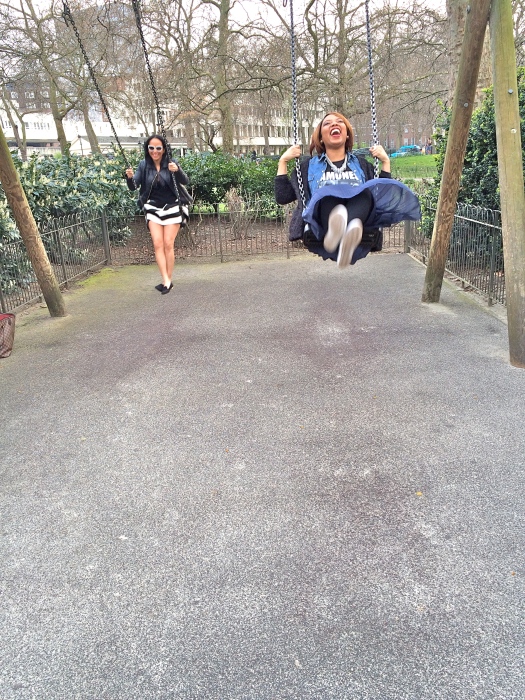 Then we took flicks with the stiff soldiers who wouldn’t even crack a smile. No matter what we did to them, they didn’t budge. It was kind of cool but scary at the same time. 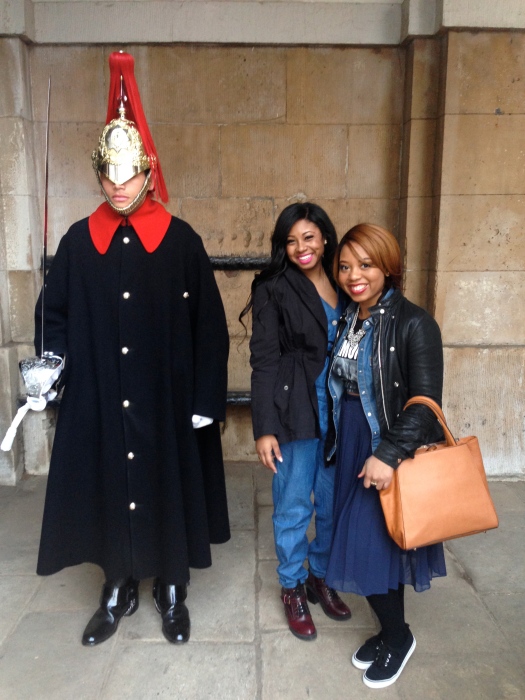 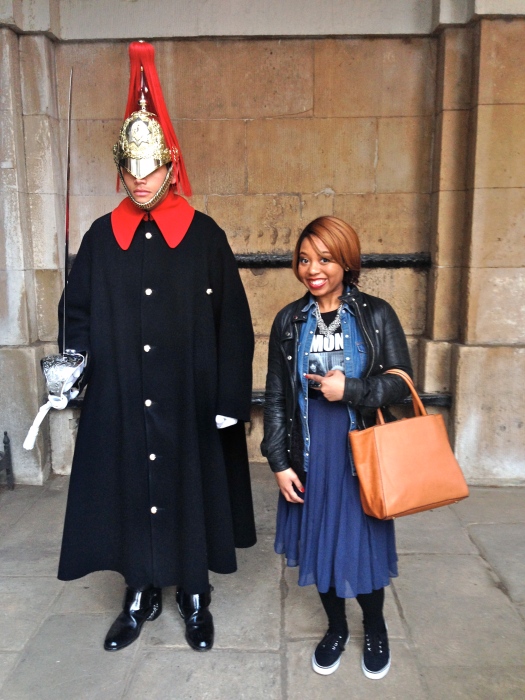 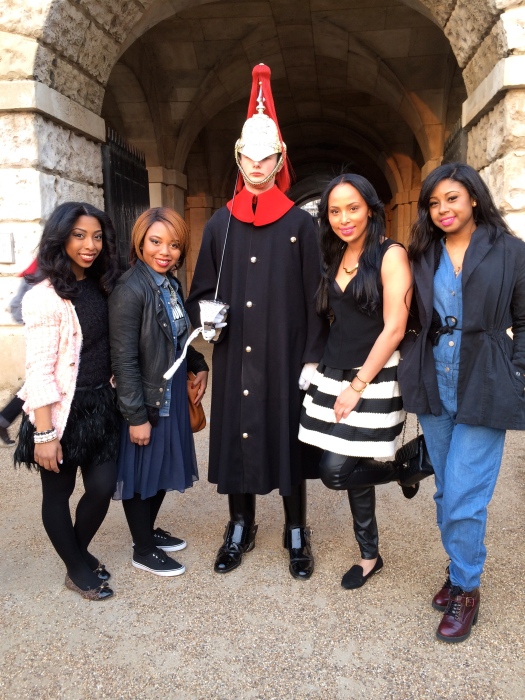 Finally, the clock stroke 5 and I encountered the sweet sounds of Big Ben (now known as the Elizabeth Tower). I was so excited to hear him roar. I began to walk towards him, and when I finally was graced with his presence I was in awe by how dignified and handsome he stood. His classic build and quintessential grace is what people think of when they think of London. He’s legendary. I finally felt at that point that my duties as a London tourist were fulfilled. 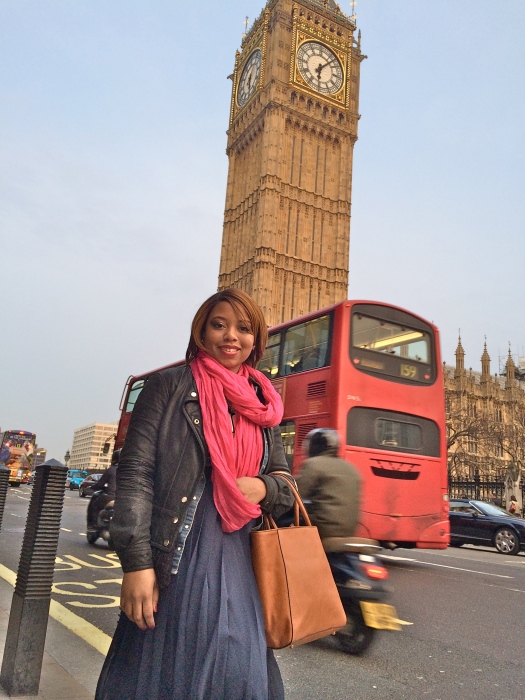 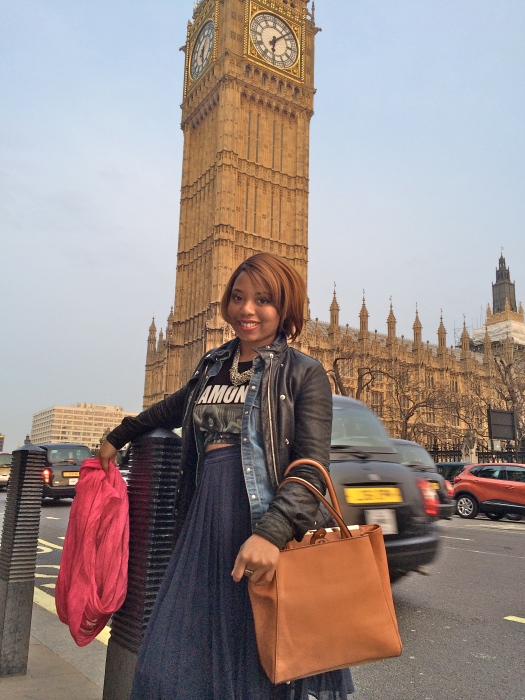 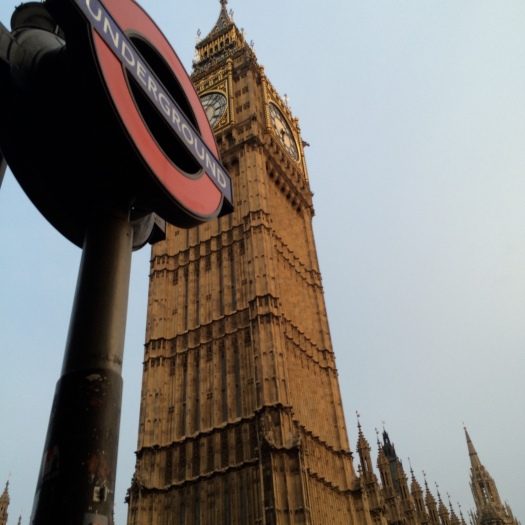 That night we went to the club Tiger Tiger, which was a recommendation of my friend Brittany. It was a pretty happening club, with 5 different sections, a stripper pole and an LCD dance floor. Each room had something different going on. We danced the night away, partying in London for the first time ever! It was so exciting to see how people on the other side of the pond live. Once we left, we caught a bus that would take us back to Westminster, but the bus driver hated us. She called my friends and me annoying and told us to get out of her sight. It was so rude of her but funny at the same time. She was the first unfriendly person we met in London, which was excellent when compared to the number of unfriendly people you encounter in New York on an hourly basis.

When can I move here? I loved London. I can totally see myself enjoying the rest of my 20’s here because it’s so darn cool. However, it’s very expensive. British Pounds are a nightmare.