I could not leave Germany without a history lesson. This lesson was a hard one to swallow, as I decided to visit a Concentration Camp. My friends and I did a guided walking tour of the Nazi concentration camp of Sachsenhausen. We met the tour guide in a central location in Berlin and from there embarked on a 1-hour journey to Oranienburg, Germany via train. When we arrived in Oranienburg, the first thing I noticed about the neighborhood was how quaint and unassuming it was. The houses were colorful and the sun was shining bright. You would never think just a few blocks away, a place like Sachsenhausen existed. 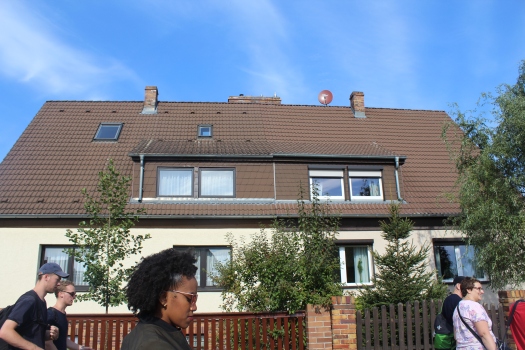 As we inched closer to the gates of the concentration camp, anxieties from all 17-people on the tour began to rise. The tour guide used the opportunity to tell us that the beautiful houses that we walked by were the homes of German soldiers who spent their days murdering and torturing innocent people. They had the privilege to come back to their homes (right outside of the camp), with their picket fences and perfect families.  My mind began to race before even stepping foot into the camp. How could people be so sociopathic and evil? 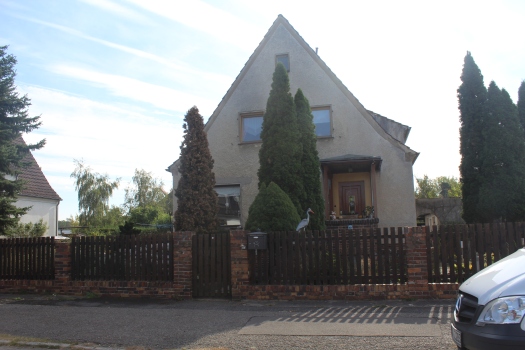 There were an estimated 20,000 concentration camps in Occupied Europe. At the Sachsenhausen camp there was a classification system based on the triangle that prisoners had to wear on their clothes. For example:

Finally, we entered the gates which read in German, “Work will liberate you.” 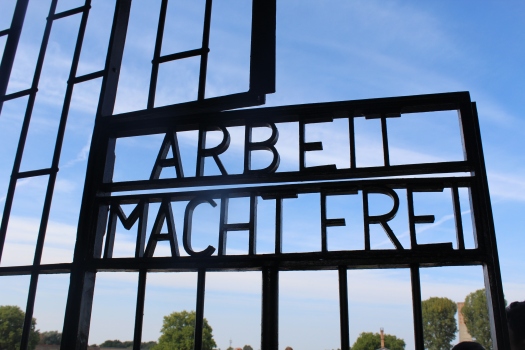 We visited the barracks, which were extremely small rooms but would hold 250-people in it. Three people were required to sleep in one small bed. The prisoners had to deal with typhus fever, starvation, and rats. They ate stale bread, sausage, and artificial coffee. The Nazis knew just enough calories the prisoners could eat to keep them active and alive. Some of the prisoners, with skills that the Nazis could benefit from, were put to use. One of those being the counterfeiters, who were able to forge money, jewelry and more for the Nazis. 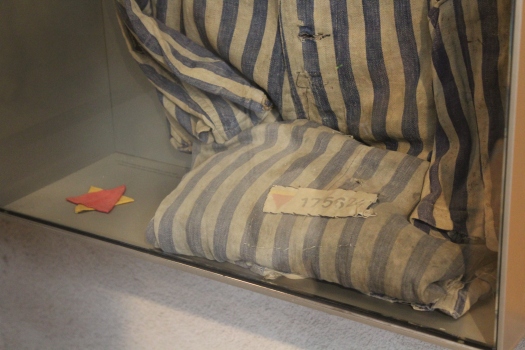 We learned all about the torture techniques of the Nazis including visiting the gallows. Of course, if prisoners tried to escape they were either gunned down or electrocuted by the bob-wired gates. Some of the prisoners thought they were visiting a doctor but a needle filled with poison would be injected in them. Finally, we visited the gas chambers and the ovens. The Nazi’s at this camp killed 500 prisoners every 24-hours and burned them in the ovens. 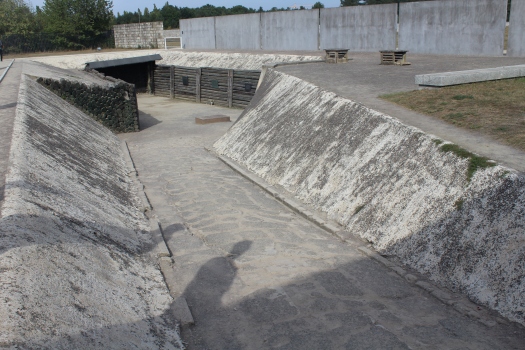 As you can imagine, the tour was powerful but very overwhelming. At one point, I almost fainted because of the evil that I was learning human beings were capable of. To be within the confines of such death, torture, and hatred can take a toll on you. Hate is vile and it’s sick. It has no place in the world, not then and definitely not now. Even though the Holocaust happened over 80-years ago, you still get a sense, in these camps, that you’re surrounded by death. The air feels heavy and overpowering. The camp is very eerie and isolating. I was surrounded by friends but still got a sense of aloneness. I felt fear. I felt sadness.

I walked away from this experience with a strong sense and responsibility to love others more. To smile more. To not be so divided by trivial things. We’re all humans. We are all equal. We need to love one another no matter what. 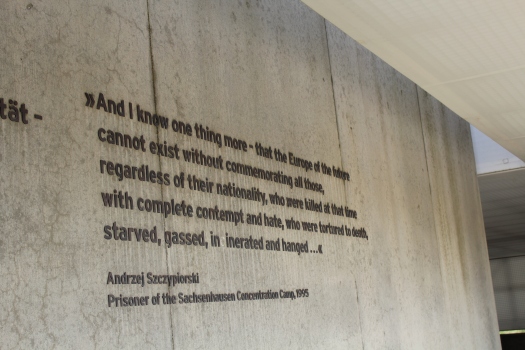 Ky Tip: Click Here for a link to some of the best Sachsenhausen walking tours in Berlin.