This is my 100th post on Travelbyky.com, which is huge for me. In one year, I’ve managed to write 100-times, wowzers! I am celebrating just like TV shows celebrate their 100th episode. To commemorate this milestone, this post will be a wild, all-access view of my trip to Vegas! Since they say what happens in Vegas stays in Vegas—I am completely flipping the script and telling it all!

I took the Megabus to Vegas from L.A for a little under $30 bucks. I was paranoid because I just started reading A Piece of Cake by Cupcake Brown, and it made me distrust a lot of things and people. I literally slept with one eye open, on the 6-hour ride. It was the middle of the night and I was on a bus with a bunch of weirdos, what would you do? When I got to Vegas, around 6AM, I caught a cab to my hotel which was the Hilton Grand at the end of the strip (by the Stratosphere). Imagine my surprise when the 6-minute cab ride from the bus station to the hotel came up to $22.

I was staying with my friend Britt, who was already at the hotel. The first thing we did was walk the strip. That’s when I realized how far we were from the center of the strip. We walked for about 20-minutes and was only at the Wynn Hotel, which is not even close to the main strip. I didn’t see The Paris Hotel, I didn’t see The Mirage, I didn’t see Bellagio—we were totally away from the action. At first, this seemed daunting but using hindsight, it was actually a great thing for us:

Once we became acquainted with our neck of the strip, the fun began. We kept our day time activities pretty simple. We slept in, had breakfast/lunch and hung out by our hotel pool or other hotel pools on the strip. Our nights, were when everything came alive. We went to clubs, pool parties, and concerts. Las Vegas is one of the best places I’ve ever partied in my life! 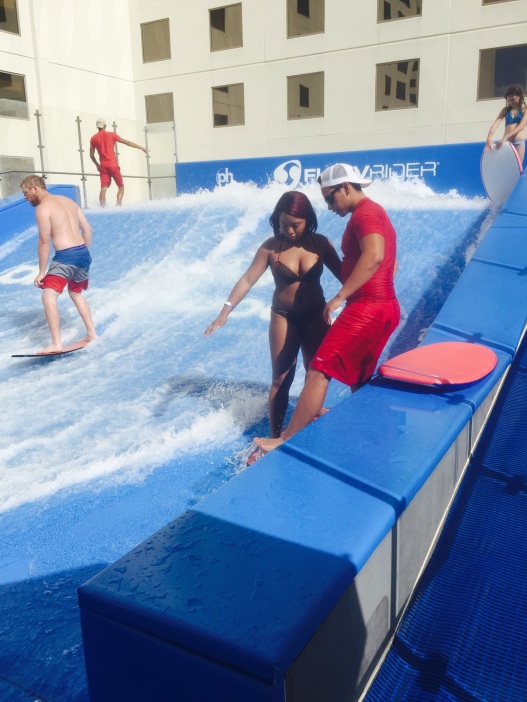 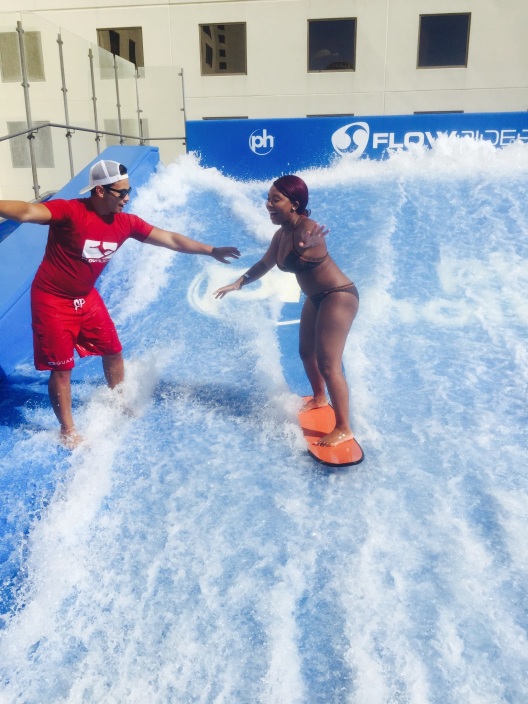 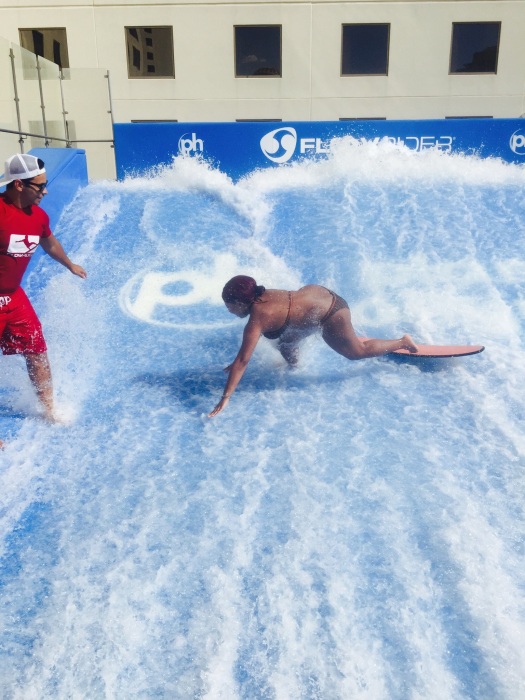 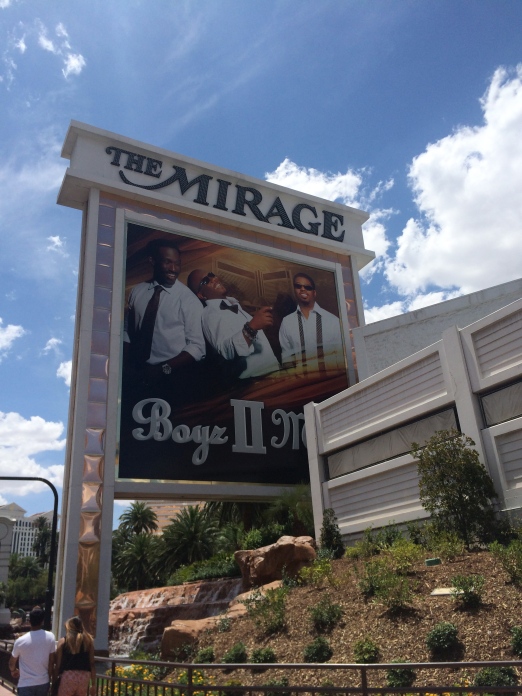 I’ve been to Vegas once before, so it wasn’t necessary for me to do all of the touristy things. The Vegas strip revolves around the hotels. Every activity you do is most likely inside of or associated with a hotel. If you’re a first-timer to Vegas, I’ll share with you a few great things you must do while in Vegas: 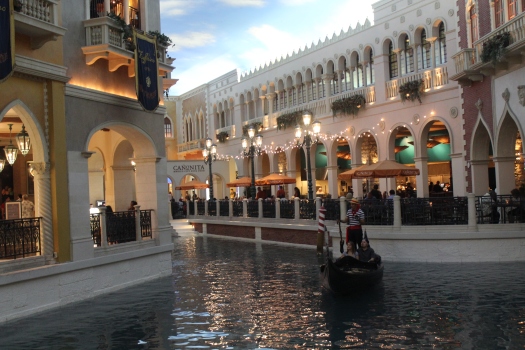 On the last day of our Vegas trip, Britt’s friend from Philly picked us up and took us on an off-the-strip tour of Vegas. She lives in Vegas now and wanted to show us around. We visited a bunch of the properties and homes in Vegas that were just exquisite, and might I add reasonably priced. This was a special moment on our trip because it brought about a lot of perspective. Anything is possible with faith and hard work. I realized that I used to have a dream of being a homeowner, with a pool in my back yard. I lost that dream along the way, possibly even thinking it was unattainable but I am after it again. My trip to Vegas was the extra pep that I needed. It left me in high spirits and excited about what the future might hold. 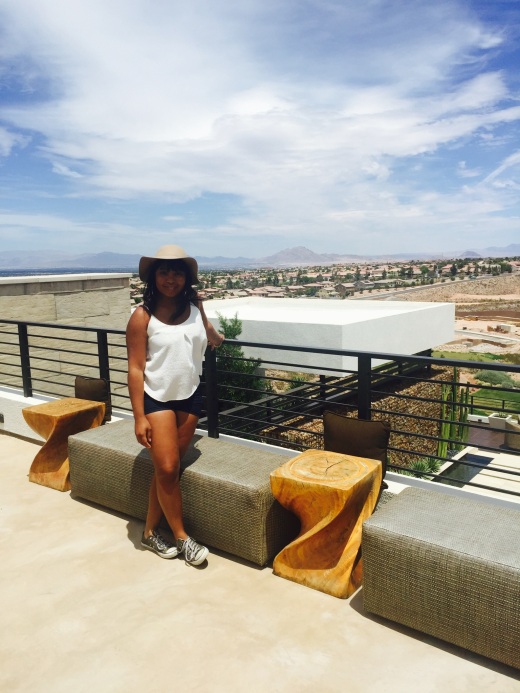 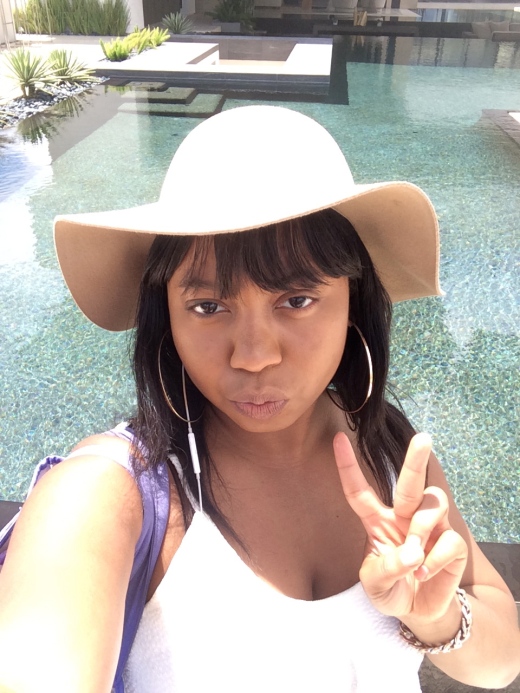